Heroes of Yeri
During the liberation fight, at the battle of the Hospital which took place on 31st August 1956, Ionas Nicolaou and Kyriakos Kolokasis were heroically killed. At the same battle, Spyros Kyriakou was seriously wounded.

During the period of the inter-community riots, at the battle of Kazivera, on 19th March 1964, Kyriakos Kakoullis was killed.

Costakis Loizou lost his life while doing his service in the National Guard. Since the tragic summer of 1974, two young people of our municipality, Antreas Koukoumas and Makis Pamporis, are missing.

To honour our heroes, monuments were created as well as a museum of heroes and missing in the central square of the municipality mentioned above.

The museum of heroes was erected by the Ministry of Education and Culture with collaboration of the Council of Historical Memory of Fight [EOKA] 1955-59 [SIMAE] and concerns the heroes Ionas Nikolaou, Kyriakos Kolokasis and Kyriakos Kakoullis. The openings were taken place on 31 August 2006.

Also in the municipality there is a monument with a park inside for the missing of Turkish invasion 1974, Makis Pamporis and Antreas Koukoumas. This park was created by Christodoulos and Anastasia Pampori in the memory of their missing son and their relative.

The heroes of our municipality Ionas Nikolaou and Kyriakos Kolokasis 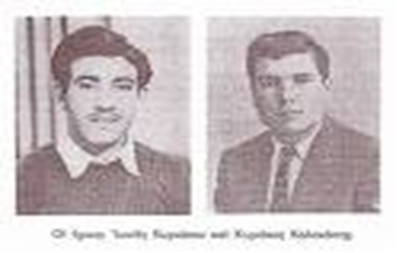 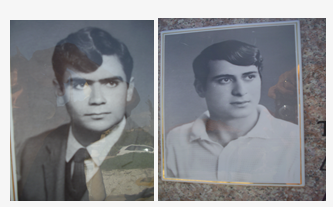 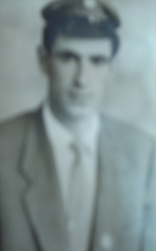 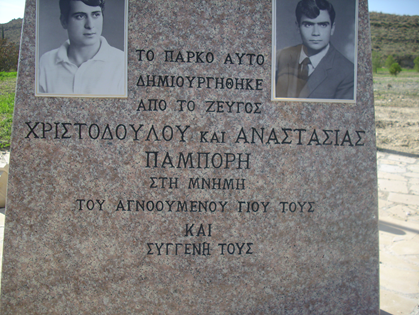 Copyright © 2020 - Municipality of Yeri - All rights reserved.
Powered by Technomart